Home › From the Desk of Decal › ALS Charity Softball Game August 9th. Everyone is Invited

The action doesn’t stop in Allentown while the Lehigh Valley IronPigs go on an eight game road trip in early August. On Saturday, August 9th the Allentown Patriots Old Timers will be seeking revenge against the Lehigh Valley Ironpigs Ball Girls & other staff members in a game of softball to raise money for the LV Walk to Defeat ALS (amyotrophic lateral sclerosis), also known as Lou Gehrig’s Disease. Please mark your calendars as this is one fun event you won’t want to miss.

There will be plenty of activities and entertainment to make for enjoyable day. In addition to the softball game, there will be raffles, silent auctions and other activities including an opportunity to take home memorabilia from your favorite Phillies players, including Ryan Howard, Chase Utley, Jimmy Rollins and others.

Entertainment will be provided by the Ironpigs mascots, the Caribbean Steel Rhythms Band from 4:30 – 5:30 and Kim Bydlon performing the National Anthem at 6 PM plus other songs between innings.

All proceeds from the event will benefit Donna’s Dugout and the LV Walk To Defeat ALS. 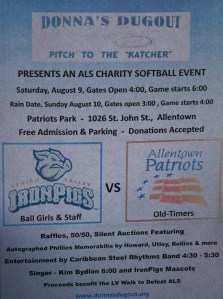 Photos of the 2013 ALS Charity Softball Game (below) courtesy of Rodney Heintzelman. 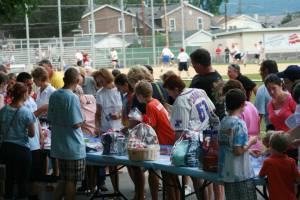 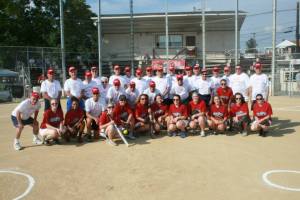 Categories: From the Desk of Decal, Lehigh Valley IronPigs