Home › Kram's Korner - From the Club Level › HOCKEY NIGHT IN ALLENTOWN: “Return of the Wednesday” 3/2/22

HOCKEY NIGHT IN ALLENTOWN: “Return of the Wednesday” 3/2/22

Wednesday games are back!  The last couple pre-empted by COVID outbreaks and a two-bit pop band.  I know the mid-week match-ups aren’t for everyone, but I’ve learned to love them.  Welcome to a hump-day tilt versus the P-Bruins! 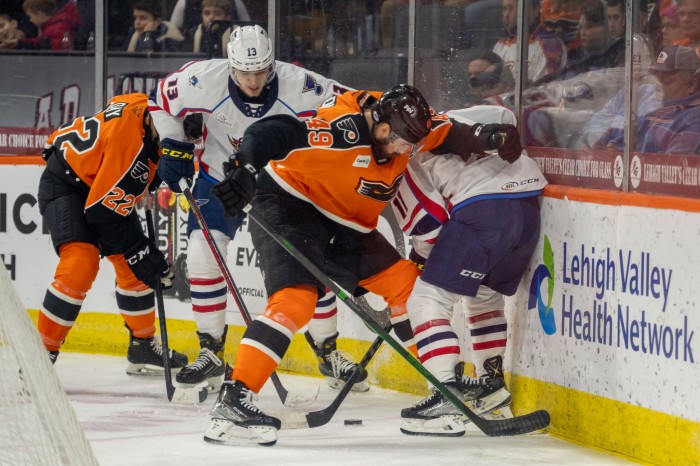 The Phantoms are in seventh place in the AHL Atlantic, six points behind the surging Penguins with two games in hand.  Recall that six teams make the playoffs.  Would you rather have a credit towards next season on your ticket plan?  Or, get pasted by the Bruins in the first round of the playoffs?  Something to think about during tonight’s game.

The road trip didn’t go well last weekend yielding a pair of 2-1 losses in Cleveland.  At least, one was in OT.  February, including a ton of home games, ended with a 4-6-2 record.  Just, kinda, below average.

Sandstrom and Errson have groin injuries.  Errson’s has been recurrent and now bilateral–to the point that they not only want to get him 100%, but also work on some preventative measures.  Nagle has returned from the Olympics.

Rubtsov suffered an injury in Cleveland.  Word is that it’s going to take some time to heal.  I’m cheering for the kid, but one has to wonder if we’ve seen his last play in North America.

Frost and York are back from Philadelphia and have been assigned a mission.  York has been asked to join the attack more often and to play a complete game.  Frost has been directed to “dominate.”  We’ll talk more about this in a bit.  They’ll likely be back in Philadelphia at the trade deadline–if not sooner.  It’s a good chance to judge their games live, right now.

Allison is healthy but still with Philly as of this writing.  I kind of expect him back if for no other reason than conditioning.  Ryan Fitzgerald has been with the Phantoms for a bit.  I expect to see him make his season debut any day now. 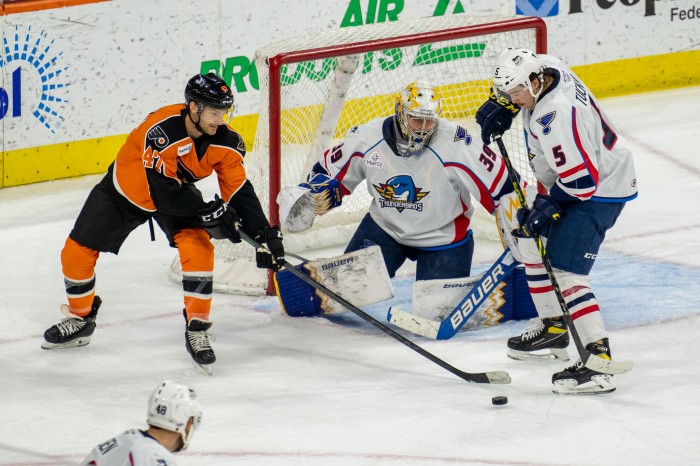 The last couple home games, I thought the team was moving the puck very well.  I thought they were holding the zone OK and that the power play looked at least average.  I was disheartened to hear about the play in Cleveland, but very curious to see what we have going forward–both before and after the trade deadline.  Lots to watch tonight I think–see below.

The Bruins are in second place currently, in the AHL Atlantic, but are at a points deficit to the Hartford Wolfpack.  They are 7-3 in their last 10 games.  Their PP% is a midling 15th in the league, but rises to 6th for Away games.  Their PK% is 6th overall, and 16th on the road.  Two weeks ago they got D Aaron Ness back from the Olympics and C Jack Studnicka back from Boston. 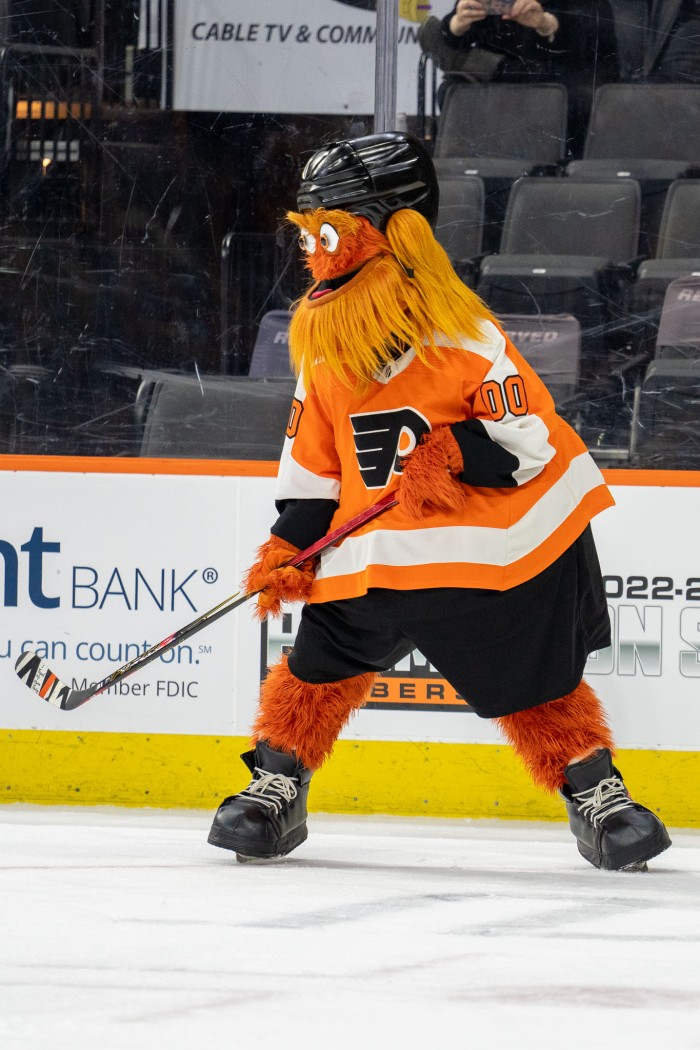 This guy might make a good winger. Photo: Jack Mitroka

Phantoms have two at home with Charlotte this weekend, Friday and Saturday, recognizing 25 years of Phantoms hockey.  At Hershey Tuesday 3/8, followed by Laval and Hartford next Friday and Saturday respectively, at the PPL Center.  Then, six straight road games for the Phantoms to close out March as the PPL Center will welcome other events, including the NCAA Hockey Tournament.