If you scroll back through the archives, you’ll find that I usually publish an IronPigs post on Christmas Day or just thereafter.  That’s about the time of year when I start seriously thinking about baseball, and which players the IronPigs might have.  It’s been strange times recently, and not wanting to get my hopes up too high about the 2021 season, I’ve refrained from looking at the roster in too much depth up until now. 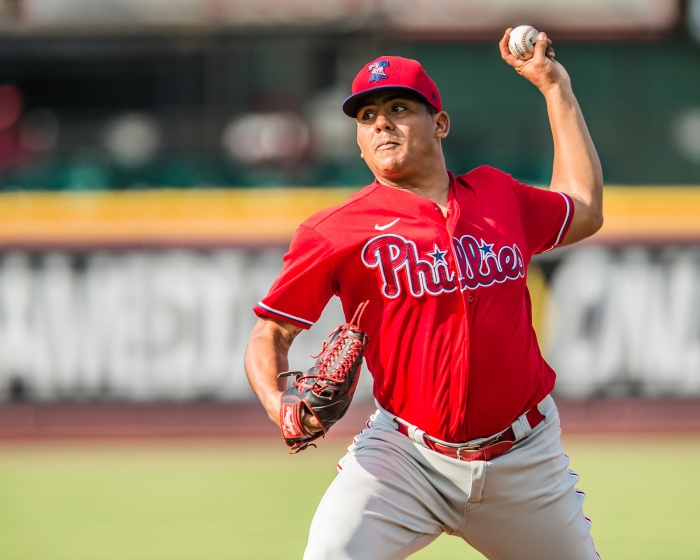 The April schedule we were looking forward to starting this week (Kram Writes About The Schedule) has been pushed back so that the IronPigs will begin on May 4, along with the other full-season levels.  In lieu of triple-A, each Major League team will have a sort of “taxi squad” on par with what they did last season, at an “Alternate Site” (Kram writes about the Alternate Site in a controversial post from last season.)  The difference this season is that the taxi team, as it were, will be allowed to scrimmage other nearby teams rather than just play against themselves over and over.  For the Phillies, the Alternate Site is being hosted at Coca Cola Park, as it was last summer.  Recently, their scrimmage schedule was released:

Game times and locations are subject to change.  As you can see indicated above, most home contests will be televised locally by Service Electric TV2 or TV50.  Three games will have fans in attendance.  It’s not IronPigs, it’s Phillies, so tickets have to be purchased separately from any ticket plans or credits which may be in force with the IronPigs.  Fan attendance will be reportedly capped at 550.  Tickets are being sold at field level for $11 and club level for $16, in pods of 2 or 4.

Here are the players currently assigned to the ‘Alternate Site’ at Coca Cola Park. 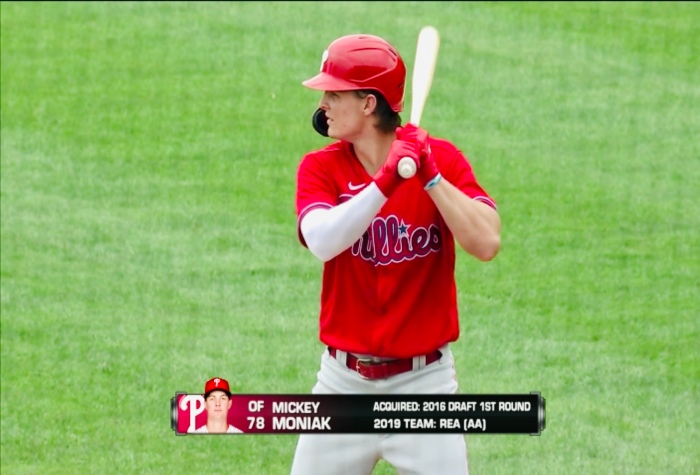 *See the “Alt Site” roster by clicking the link above

I had both of these guys starting at Reading (or below) but some development did happen last season, and top-flight prospect Marchan is on the 40-man roster, has already made his MLB debut, and is highly thought of in the Phillies’ system.  I wouldn’t be at all surprised to see the Phillies add a veteran backstop as a minor league free agent for the Triple-A roster.

If Kingery is still here on May 4–and all expectations at this juncture are that he will be–all eyes will be on him as he remakes his swing and his approach at the plate. He will of course get looks in center field as well.  Hall had a great spring training, and like any slugging 1B if he can limit his swing-and-miss and take some walks, his power will be devastating at Coca Cola Park.  Maton is on the 40-man and has risen to a position where he is depth for the big league club.  He also had a very good spring.  Williams can be inconsistent, but his swing can also look really pretty and he can hit for some power.  Gamboa is not at the alternate site, but rather at minor league spring training in Clearwater.  I don’t expect him to repeat Reading, but rather play some shortstop at triple-A.  Because Kingery will return to the Phillies at some point, I would also expect a veteran infielder to get added here–even if it’s Ronald Torreyes who would likely accept his assignment should he pass through waivers for a return trip.  As the season goes on, guys like Daniel Brito and Jonathan Guzman could come up from Double-A Reading.

A common theme, I’m thinking more minor leaguers could be added once the Triple-A roster is starting to take shape, later in April.  Younger options like Simon Muzziotti and Matt Vierling and Jhailyn Oritz could be available later in the season, but I have them starting in Reading.

Some of these are pretty easy to pencil in, on first glance, but we’ll need to keep an eye on guys like Ramon Rosso and Ranger Suarez and Spencer Howard who might be converted “back” into a starting role.  Plus, with these six-game regular series this season, and the off-day every Monday, it would be very easy to run a 6-man rotation and keep everyone with plenty rest given the dearth of pitching opportunities last season.  It also allows extra flexibility for rain-outs and subsequent double-headers.  Remember that Mark Appel is making a comeback with the Phillies, in Clearwater, right now. Paulino has most recently been a starter with Buffalo, but could also be in the bull-pen.

There’s plenty of talent here, which is by design to support the Phillies and their bull-pen needs as the season grinds on.  JoJo Romero is a surprise option here, as he’ll likely be back in Philadelphia, perhaps before the Triple-A season even begins.  Spencer Howard is seen as a starter, but he’ll be in a limited role this season in order to build strength, innings, and durability.  I wouldn’t be surprised to see him used as an “opener.”  Don’t be surprised if De Los Santos is our closer this season.

I’ll certainly forget a couple here, but this is about what I’m expecting at this juncture:

Word from the season ticket department with the IronPigs is that a promotional schedule should be forthcoming in the coming days to weeks. (Here’s last year’s if you want to see what might carry forward: pigs promos 2020)

I also have confirmation that “loaded value” for season ticket holders will return; however, starting and ending dates for the credit are yet to be determined.

It does appear that tickets are printable from your season ticket account manager online.  This makes it much easier to share tickets and distribute within your group.  The iPhone-Only method that my Phantoms current tickets are in is very difficult to deal with.

Overlaps:  Most of the first-half of the IronPigs season overlaps with Reading.  That’s likely only significant to me and Lisa and Steven.  There are exceptions, though, such as Sunday June 13 and Sunday June 27 when the IronPigs game is at 1:35PM while the Reading games kick off at 5:15PM.  Also of note during the first-half over-lap:  Wednesday July 7 is a “camp day” for Reading, starting at noon, while the home IronPigs game is in the evening. July 11 is another Sunday “doubleheader” before things flip and the AAA and AA schedule are exactly opposite, allowing for plenty of baseball!  On the Hockey side, Wednesday May 5 and Sunday May 9 (Mothers Day) are overlaps with the IronPigs and Phantoms.  We don’t currently anticipate hockey playoffs, but if something should happen (the Phantoms are really good this season) there could be further hockey/baseball overlaps.

Taxi Games thru May: Section 207