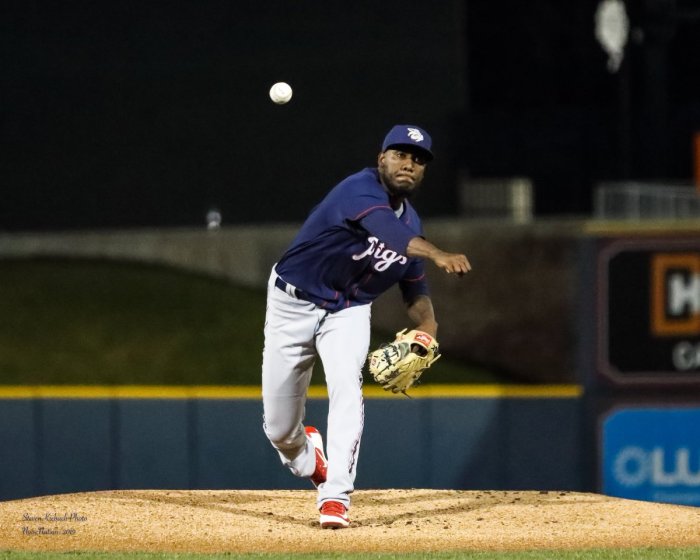 A Call For Arms

As the Phillies began their “rebuilding” a couple seasons ago, one of the personnel managers of the organization shared their guiding philosophy.  The quote went something like, “Grow the pitchers, buy the bats.”  The meaning, of course, was that the Phillies would concentrate on acquiring the necessary arms for their rotation and bullpen by using their farm system–stocked with prospects acquired through trades, the draft, and international signings.  Meanwhile, resources–trade pieces, salary–would be available to acquire position players to fill out a roster capable of challenging for a playoff spot, and more.

It certainly feels like the Phillies have followed this plan pretty closely.  2019 off-season free agent signings McCutchen and Harper joined trade acquisitions Segura and Realmuto to make the 2019 Phillies lineup one of the most formidable in the Major Leagues.  Meanwhile, the Phillies mostly passed on big-name free agent pitching headed into the season, save for reliever David Robertson.  Even now, as some fans and media members clamor for Philadelphia to sign remaining free agent arms Keuchel and Kimbrel, the organization seems reticent and wary of such a move.  My feeling is that it has more to do with time, than money.  Evident throughout the off-season free agent period was the Phillies not afraid to spend money (McCutchen, Harper) or prospects (Segura, Realmuto) but really shy about committing to long-term arrangements for pitchers.

It’s probably smart.  Pitchers break.  And, wear out.  And while the Phillies could probably find a use for Keuchel and Kimbrel right now, they may very well have better options, as soon as right now.  Here are the pitchers currently occupying spots on the 40-man roster, but not currently on the major league team:

All Pitchers Are Useful

Starting pitchers Pivetta and Velazquez have chronically been mentioned as potential useful pieces in relief–along with AAA starter De Los Santos.  Each have had some exposure to such a role, but it has never been a focus for them.  Baseball is littered with successful–and high-end–relievers converted from the ranks of starters.  Indeed, starters in the minor leagues are sometimes destined for relief all along, with starting only the mechanism for getting game experience.

But, this feels a bit different.  These are legitimate starters with significant MLB and/or AAA experience starting games.  Whilst the Phillies look to find possible help in the bull pen–and have these potential arms at their disposal, they might need to make a decision in the coming weeks.  And I think they should.

Things like pitch-sequencing, warm-up routines, and throwing schedules need to be adapted–in addition to the mental challenge of coming into the game without the luxury of the early innings.  How many times have we said that a starter is “settling in” after a challenging first or second inning?  There’s no time for that in relief. It’s live fire immediately, and the stakes are higher with fewer outs left in the game–for both teams.

And, there’s no time for “on-the-job” training, either.  If one or more of these guys are going to fulfill this role for the 2019 Phillies, they need to have some success immediately, rather than lose the confidence of their team and their manager.  This means that the relief conversion should start at AAA, where a 6 or 7-man rotation can easily be adapted to get a guy some reps in relief before heading to The Show.

I think the decision needs to be made soon.  Pivetta starts tonight, De Los Santos tomorrow, for the IronPigs.  Vince Velazquez has been scuffling with the Phillies, and seems to really like to just fire heaters.  Let these guys get one more turn, then make the choice.  One gets a bull-pen job after a short apprenticeship in Allentown, one gets the #5 spot in Philadelphia, and the other remains as the depth starter for the IronPigs–the #6 if you will.  (Velazquez has options, as far as I know, and all are on the 40-man.  There are relievers with options, or others who have under-performed.  I don’t think roster construction is an issue in this case.)

Is this cannibalizing starting pitching, one of the most important commodities in baseball?  It is.  But it’s an organizational resource that the Phillies can take advantage of, which might be better than trades or free agents at this juncture.  I’m not sure you can’t “undo” the move, either, so I wouldn’t be shy about it.  If it were up to me, and pending upcoming results, I’d go Pivetta #5, Velazquez to the pen, and De Los Santos #6.  But I think I could see any combination as satisfactory, as long as guys are set up to succeed and not left to rot in the bullpen without getting acclimated or having an opportunity.

I’d just like to see them get to this sooner rather than later.

“Kram’s Korner” is an opinion column published every Wednesday and Friday during the IronPigs season, except when it’s not.

Like Loading...
‹ Kram Interviews Rob Brantley
The Rise and Fall of Pork Illustrated, and the War on Paper ›